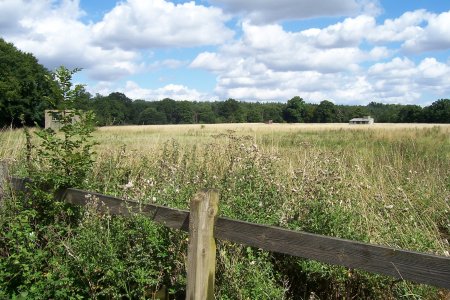 Work has started on the new 2.5m crematorium to serve Braintree and district. The facility will be known as Three Counties Crematorium reflecting the fact that it will serve parts of Essex, Suffolk and Cambridgeshire.

Located at High Garrett just north of Braintree the crematorium is set in a ten acre field with a backdrop of fine native trees and hedgerows with a distinctively East Anglian landscape. Access to the site is via the A131 Braintree – Sudbury road and a pleasant driveway soon to be tree lined.

The architect is Hugh Thomas already noted for his crematoria at Bury St Edmunds, Banbury and Garden of England, this is Hugh’s first project for Memoria. The crematorium is ideally placed to serve Braintree, Sudbury, Haverhill, Witham, Halstead and Coggeshall the major part of the catchment is rural market towns and villages.

The crematorium is expected to open in January 2009. 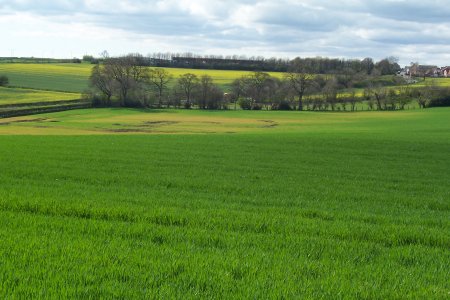 The new crematorium to serve Wear Valley is already well underway at Coundon between Durham and Darlington. Situated on the A689 in a completely rural location and away from other developments Wear Valley Crematorium is the fifth to be built by Memoria in as many years.

The design draws on the experiences gained at Sherwood Forest the first crematorium to be built by the group. A distinctive layout and interior fit, reflecting the classic Memoria colour scheme lemon and blue will be complimented by oak and beech furniture. Once again the services of Catherine Matthews of Norwich have been engaged to add the finishing touches. The landscaping features memorial ponds and rockeries linked by tree planted lawns and pathways. A full range of memorials will be provided including the stone book.

The site will serve Bishop Auckland, Shildon, Newton Aycliffe, Barnard Castle, Spennymoor, Critch and surrounding districts. Like the facility at Braintree this will also serve a very rural area where current journeys to crematoria are lengthy or difficult.

Memoria Chairman, Howard Hodgson, commented ”We are very proud indeed to be able to provide a facility of such high standards into this community. This new crematorium reflects our ability to provide a consistent and truly national coverage. As part of our growth we continue to explore such opportunities across the U.K.”

On this occasion the architects are Artech of Great Yarmouth bringing Philip Baldry’s total of crematoria designed to seven a record in the industry. Philip’s first design was Basingstoke in Hampshire.

Progress of the Northern New Builds 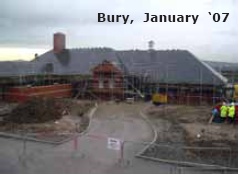 Bury Crematorium – to be known as East Lancashire Crematorium – currently has its roof being tiled and is expected to open for its first cremation on the 23rd of July, 2007. The official opening and dedication, on the 27th September, will be conducted by the Bishop of Blackburn.

The company currently has further applications for planning permission at both Bognor Regis and Braintree. A company representative commented, “We are continuing with our expansion programme following the successful launch of Sherwood Forest Crematorium, Britain’s first mercury abated site.”

On Thursday 22nd June Georgina Bembridge Manager of the UK’s first fully abated crematorium, welcomed delegates to the Jubilee Hall, Ollerton for the second of four planned ‘Abatement In Action’ days organised by the BCET. Divided into two groups, the first made their way to the nearby Sherwood Forest crematorium whilst the second remained to hear presentations by Andrew Mallalieu of Facultatieve Technologies and Steve Sheridan of Furnace Finance . . .

Reproduced from The Journal of the Institute of Cemetery and Crematorium Management, Autumn 2006

Chorley The site of this new crematorium at Charnock Richard is ideal to serve the communities of Leyland, Chorley, Horwich, Standish and parts of Wigan as well as the western reaches towards Ormskirk . . .

Bury Construction is also progressing well at Bury. The pictures show the site being set up at Ratcliffe Cemetery on the south eastern edge of the main conurbation of metropolitan Bury. This is possibly the last full size ‘traditional’ crematorium to be built in England (replacements aside) and is unlike the modern genre of ‘community’ crematoria seen in recent times . . .

Reproduced from The Journal of the Institute of Cemetery and Crematorium Management, Autumn 2006

It was with great expectations that I jumped into my car on the morning of the 12th of May and hit the M1 traffic to attend my second CBA Seminar at Cranfield University. As a student I am always anxious meeting the professionals of the industry I am researching, but upon my first attendance last year everyone was extremely welcoming and also mines of information! Thus, the last CBA Seminar was always going to be an event to look forward to in my diary, and judging by the turnout and the general upbeat sentiment that was evident, I am sure the other 115 delegates felt the same.

The seminar kicked off with a highly entertaining talk by Howard Hodgson, left, who started a theme by paying tribute to the CBA for their work done over the years. Howard is something of the entrepreneur of the funeral industry, evidenced by his business’ growth from 27 branches of funeral homes in 1986 to a staggering 546 four years later. Charting his time in the industry, Howard also told us some amusing tales about the first few funerals he ever conducted on his own, and ended with deserved praise for the unsung heroes of the death industry (that being those reading this) and their professionalism.

The following session was about ‘Memoria’, the company established in 2003, which is in the process of constructing three crematoriums in Chorley, Bury and Ollerton. After outlining all the different factors that have to be taken into consideration when choosing areas and sites of most need, they went on to discuss unforeseen difficulties such as planning conditions and highway issues that may affect the ability to build a new crematorium. For anyone planning to do so, these men are obviously the ones in the know.

Reproduced from The Journal of the Institute of Cemetery and Crematorium Management, Autumn 2005

Building on our proven expertise in crematorium administration, bereavement care and the design and construction of medium-sized specialist facilities to strict budgets and timetables, Memoria has been awarded preferred partner status on three of the four new-build crematorium projects that have been awarded in 2003-04 and is currently committed to construct new facilities at Bury and Chorley in Lancashire, and at Ollerton in Nottinghamshire, all of which are expected to commence operations in 2005-06.

Memoria, a new company specialising in the provision of cremation services, announces the building of three important new crematoria:

The company, which was formed in May of 2003 with the intention of building new facilities in under served areas of the United Kingdom, is believed to be the first to ever undertake the building of three facilities at the same time. The directors are delighted to have been selected by the concerned local authorities and believe that this demonstrates their commitment to deliver leading state of the art crematoria which will fulfil an important need to the local communities they are intended to serve. 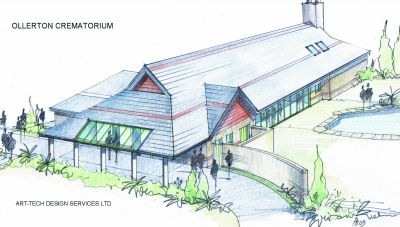 Cemetery and Crematoria Providers and Operators

We will shortly start work on all three of these modern state of the art crematoria. Memoria was chosen because of its commitment to quality industry standards and professionalism. We continue to seek other opportunities to provide new community facilities.

Memoria can work with your authority to upgrade or replace existing facilities, either in partnership or as a privately funded venture. We offer complete design, build, finance and operate solutions.

Either write in total confidence at the address below, or for an informal discussion call:

What’s in a name? The Institute of Cemetery and Crematorium Management

Later this month there will be a new acronym in the world of burial and cremation. On September 29 the once familiar initials IBCA become ICCM. Despite this being the fifth name change since 1913, when the organisation was founded as the United Kingdom Association of Cemetery Superintendents, its primary objectives, stated then, remain fundamentally the same:

The first name change came in 1918 to the National Association of Cemetery Superintendents. The second in 1932 to the National Association of Cemetery & Crematorium Superintendents. The third change came in 1947 when the Institute of Burial and Cremation Administration was thought to better describe the organisation’s purpose. In 1958, the IBCA achieved the recognition of ‘Incorporation’ from the Board of Trade and its fourth name change took place necessitating the addition of ‘Inc’.

There have been many other milestones. The first annual ‘joint conference in 1932 was held in conjunction with the organisation we know today as the Federation of British Cremation Authorities. The first edition of the members’ quarterly magazine, The Journal, was produced in 1935.

During the Second World War the association’s War Emergency Committee responded tirelessly to circulars from the Ministry of Health and the Ministry of Labour. A shortage of gravediggers was a serious problem.

As the Institute moved into 1990 it became apparent that the relatively strong financial position it had enjoyed during the latter half of the 1960s was beginning to erode. So, firstly under national secretary Bob Coates and then his successor Ian Hussein, a number of important changes were effected.

Reprinted from the “SAIF Magazine”, September 2003.